For those of you long-time blog readers, you might remember when I first brought Milo home, back in 2011, Milo came to live with me. He was just 10 weeks old. 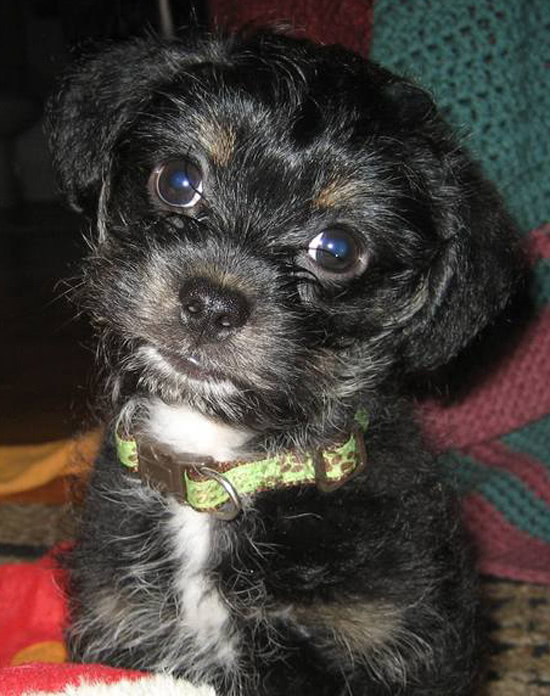 Here’s a photo from 2012 of Milo. At just one-year-old, he was still learning all of his manners and tricks. He certainly learned that cuddling on top of the quilts was super comfy. 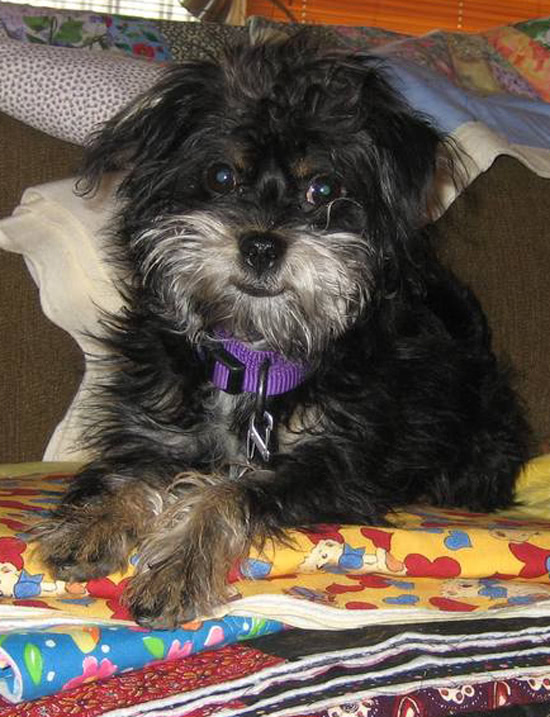 Here’s Milo at two years old. This was the year, that I started to cut his hair/fur. Since he’s a Yorkie ShiuTzu mix mainly, his hair grows really fast. Now, he gets at least three hair cuts a year. 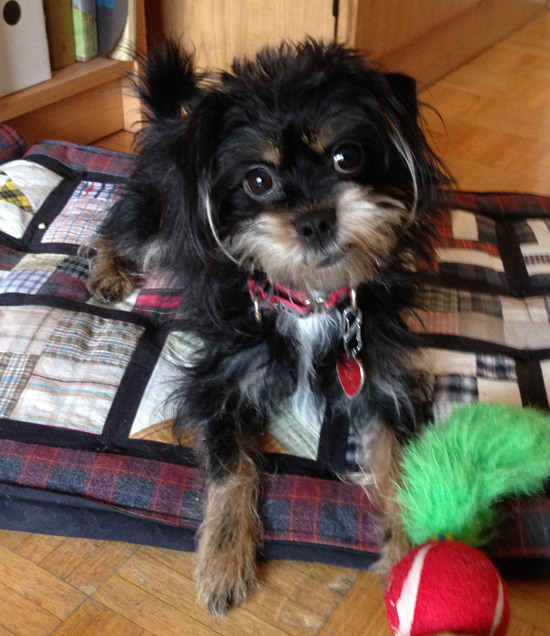 He’s overdue for a haircut now, but it will be Winter soon, and I’ll mainly be focussing on his private areas, and around his face and head. His neck hair grows the fastest. As Winter is approaching, I’ll leave his body hair alone.

Here’s Milo at three years old. He loves to cuddle with my quilts or with the Afghan my mom made me. Soft and comfortable for him! 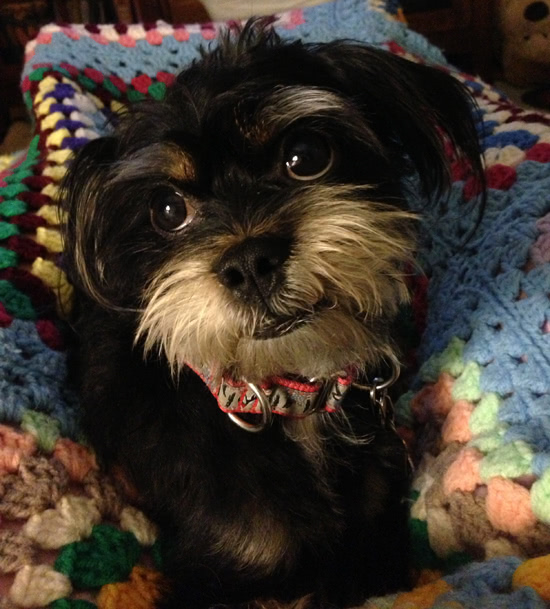 Here’s Milo at four years old. At the end of 2014, we moved to a new home. Milo adjusted very well to his new surroundings. In this photo, Milo had lost his ball underneath the TV cabinet and wanted me to get it for him. 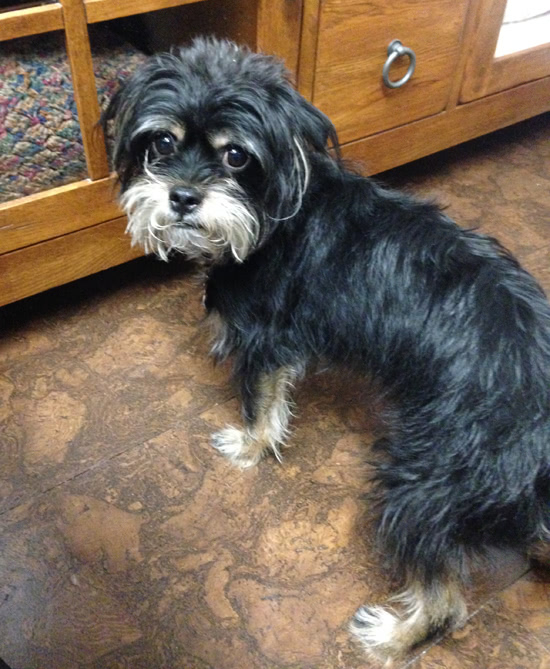 While I had to come up with some new rules for him in our new home, with respect to the stairs leading to the basement, where the bedroom is, he quickly learned that he has to wait until I’m either down or up the stairs. The first few times, he came very close to tripping me on the stairs.

In our new home, we have street access, so Milo has been able to meet our neighbours and other dogs that walk by. He just loves being outside, any chance he can get. Occasionally, he will bark at the noises outside, but generally, when he gets to meet the people causing the noise, he’s perfectly happy. 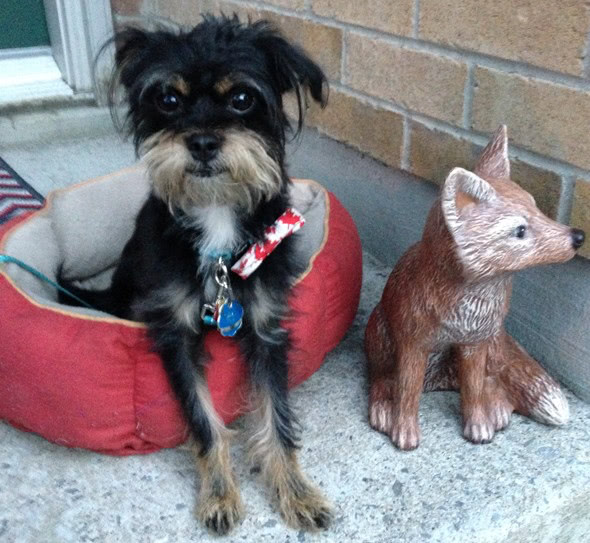 While Canada celebrates Remembrance Day and our American friends celebrate Veterans’ Day, I also remember the day I picked up sweet Milo. He has changed my life in so many ways! 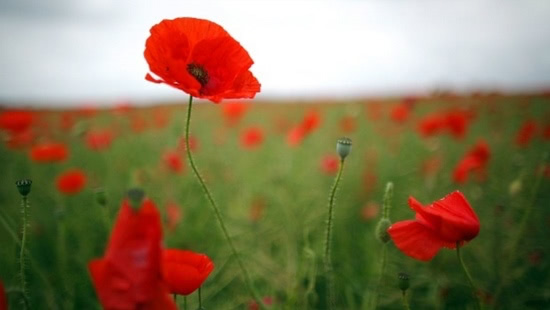 Celebrating Our Fifth Year Together
Tagged on: Milo

4 thoughts on “Celebrating Our Fifth Year Together”