I hope that you have had a wonderful Summer and are now settling into the Fall quilting season. The transition has been made easier for me, as we’ve had several days of cool temperatures and lots of rain (yuck). It’s like the Fall weather has decided to just hit us big time, so that we realize Summer has come to an end. Oh well, enough about the weather, let’s talk about quilting.

At the beginning of September, I announced my new Mini Quilt Club. Starting September 1st and running through until February 1st, 2016, I will be releasing a new mini quilt pattern to club participants.

The first Mini Quilt, released September 1st, is Penny Candy. Included in my pattern for this quilt, are three layout options, as shown below: I have chosen this layout option for my mini quilt: 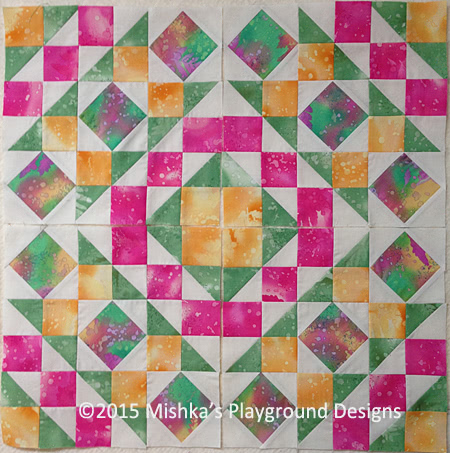 In fabric, here are the other two layout options:

For my mini, I chose to do straight line quilting with a walking foot. The Craftsy class, Creative Quilting with Your Walking Foot with Jacquie Gering, is fantastic and I learned many tips and advice that helped me with my quilting. 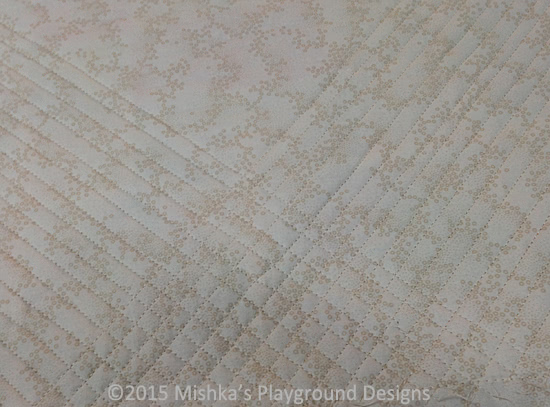 I love the beautiful cross-hatching that formed in the middle when the corner lines intersected. 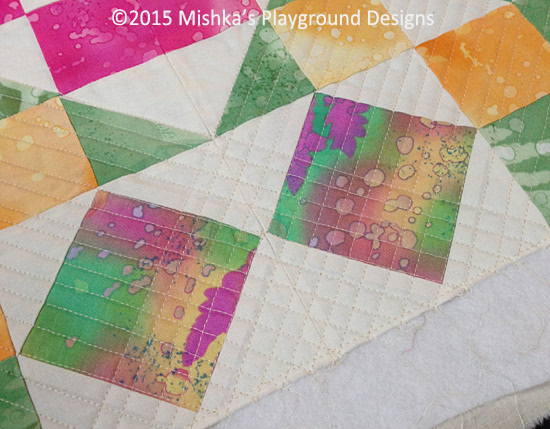 Once the corners were done, I stitched in the ditch the centre section following the piecing lines, in both directions. 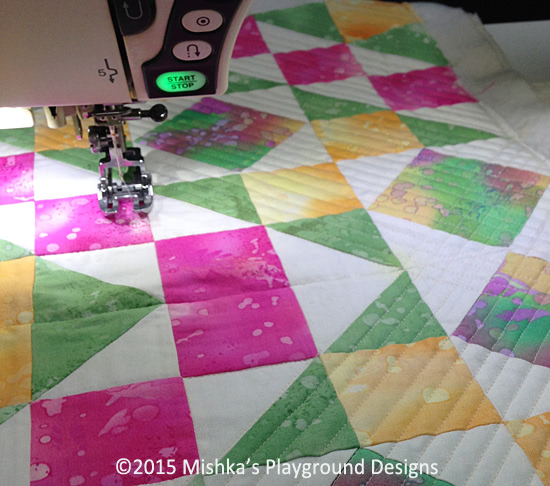 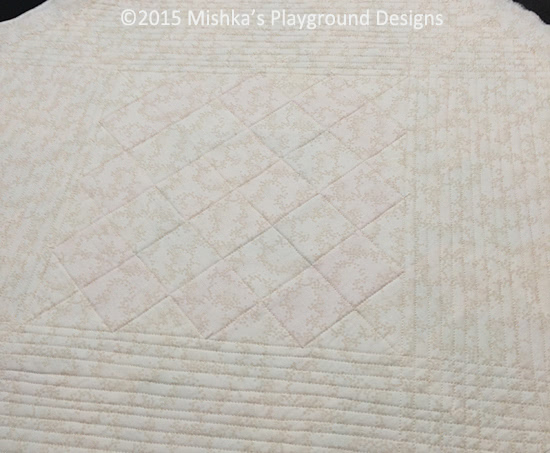 To stitch the middle lines, instead of drawing them first or using painter’s tape, I used my free motion quilting ruler as a guide and stitched along the edge of it with my walking foot. Note that in the photo, I’m not centred, I ended up using the red line I’ve drawn on my ruler as the guide. 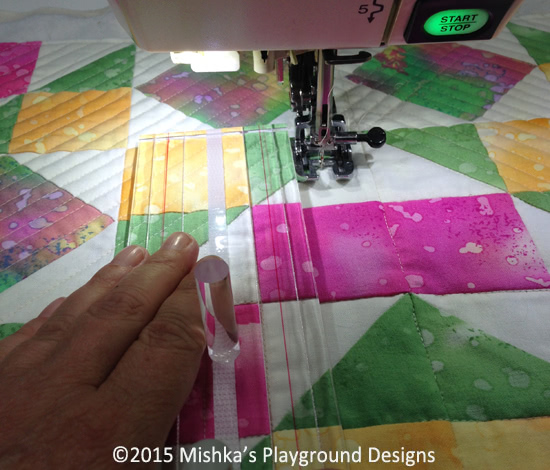 Once the centre lines were stitched, I then eye-balled the next lines, which are ~1/4″ apart, and stitched in the middle of the previous stitching. 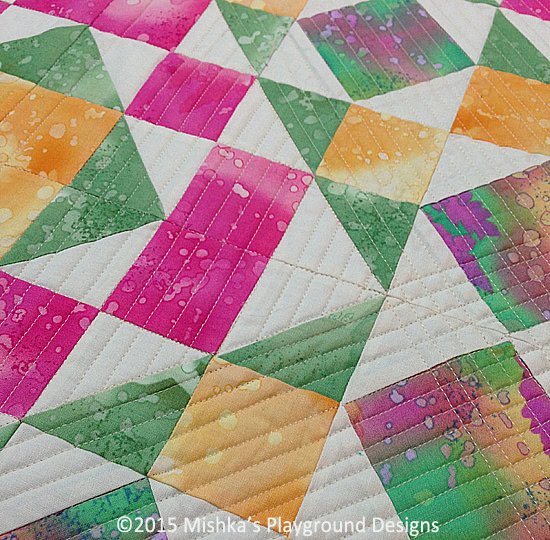 Finally, I went back and stitched another line through each of the 1/4 lines, resulting in lines that are ~1/8″ apart. I decided to only stitch the centre section in one direction. 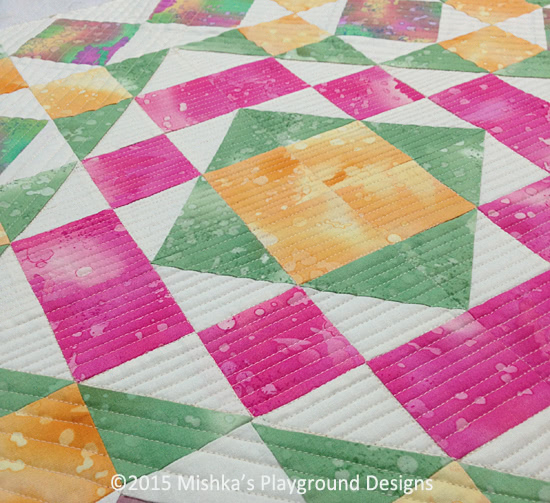 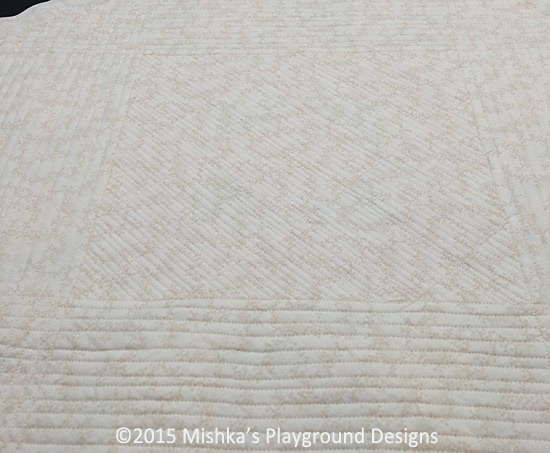 I’m really pleased with how this mini quilt turned out. Yes, my lines are not perfectly straight, nor are they evenly spaced, but I love it anyway. I found this type of quilting to be very enjoyable. I used two full bobbins of Aurifil 50wt thread just for the quilting.

Here are photos of the finished front and back: 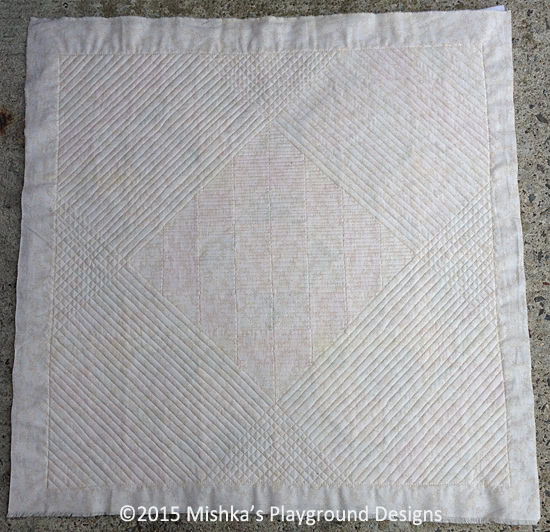 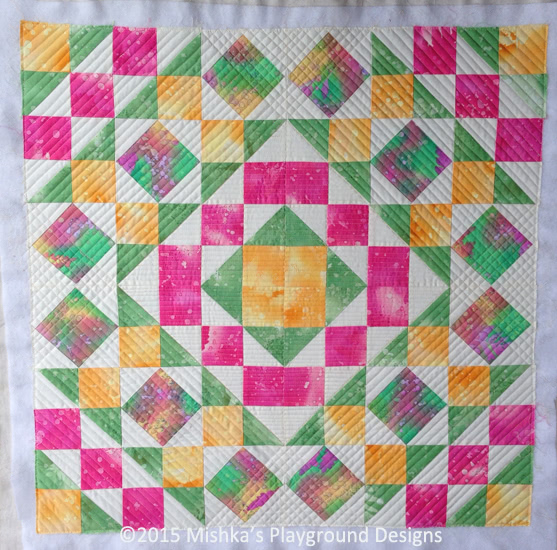