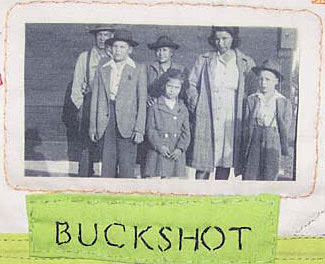 This is a photo of my Dad’s family – they are Anishinabe (Algonquin) from Kitigan Zibi Anishinabeg (Maniwaki, Quebec). It was taken the day his older brothers and sister (Marcel, Jerry, and Evelyn Buckshot) left for Residential School in Spanish, Ontario around 1947. I was told that my grandmother, Zabed tailored downs these suits for the boys. I don’t really know that much about this time in my Dad’s family. I have noticed, though, that nobody in the photo is smiling.

There’s actually only two things I ever heard about this time. My Uncle Marcel once said, “I was sent there to go to get an education, and all I remember doing is working in the kitchen”. As well, my Aunt Evelyn recalled being told that if she did not go, her mother would be thrown in jail. She was 6 years old at the time, and remembers being very afraid. I never heard my Uncle Jerry speak about these schools.

My Dad did not attend these schools, and left Kitigan Zibi with his mother when he was 8 years old. They moved to Syracuse, New York in 1954. All three older siblings followed – and found work or enlisted in the service, married, and raised their families there. Perhaps my grandmother felt she had to leave to protect my Dad from going to these schools?

I strongly believe this experience had it’s lasting effects on everyone. It impacted our loss of family relationships, loss of Anishininabemowin (our language), and bimodizowin (good life). The one thing these schools did not take away is their strong sense of identity and pride. Both uncles and aunt married into Iroquois families. While acknowledging the differences of our respective languages and cultures – there is a common experience and history of being an Indigenous on Turtle Island. This enabled our generation to hold onto a sense of cultural identity to pass onto our future generations – both Anishinabe and Haudenosaunee respectively.

For all the sadness, hardships, and burdens you carried all of your life,
Christina Buckshot, August 2008 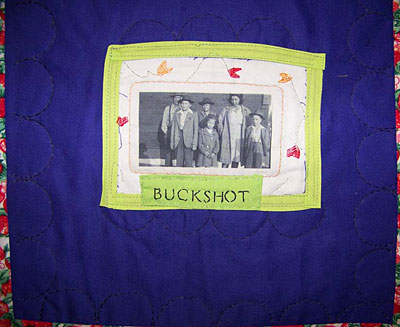