This year, I’m a member of the Aurifil design team. Each month, a new designer will be creating a free block tutorial that you can download at the Aurifil blog. Additionally, each month Aurifil is giving away a box of threads ($120 value) to one lucky winner who completes the block and uploads it to the Flickr group.

The January designer was Brigitte Heitland of Zen Chic. She created the Spools block. Here’s my version: 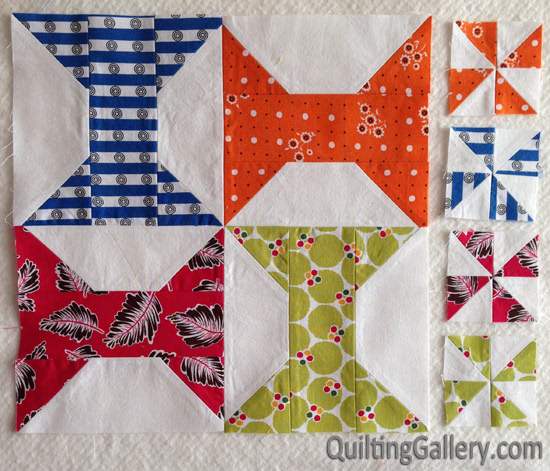 I couldn’t resist saving the tiny triangles that result when piecing the block and making them into tiny pinwheel blocks. These will finish at 1.75″. I’m not sure what I’ll use them for yet, but they might be worked into the back of the quilt. 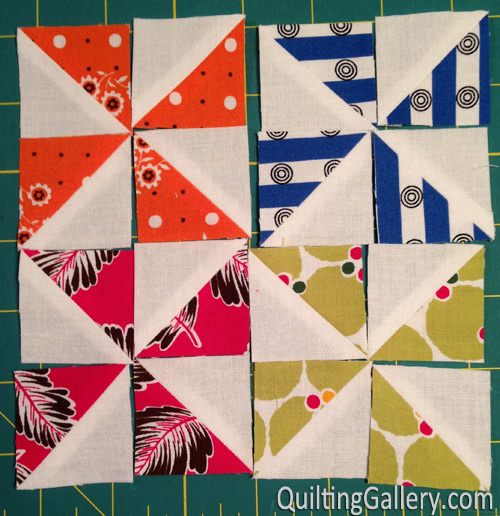 Download the Spools block tutorial here. Additionally, Pat Sloan has some extra tips for completing this block. See them here.

The featured designer for February is Amy Gibson of Stitchery Dickory Dock. 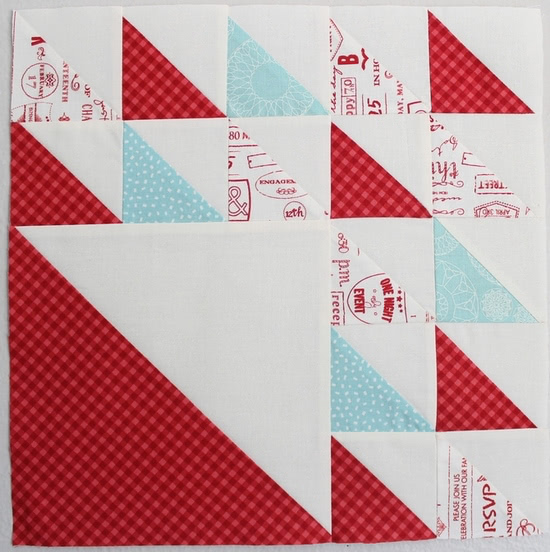 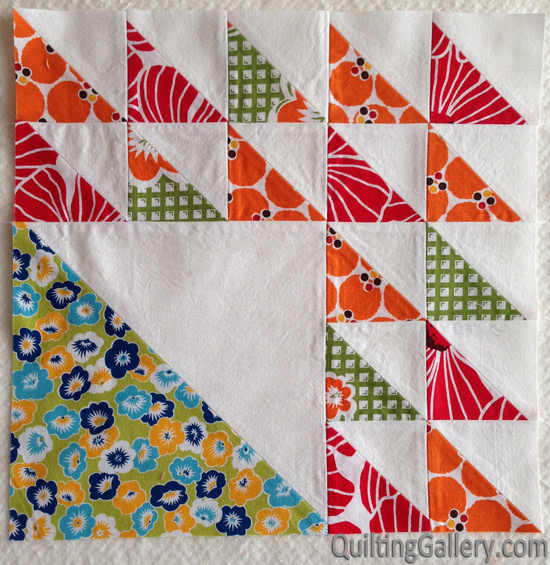 Download the Mother’s Day block tutorial here. Plus, don’t forget to share your completed blocks each month in the Flickr group for a chance to win a box of Aurifil’s gorgeous threads.

My two blocks together: 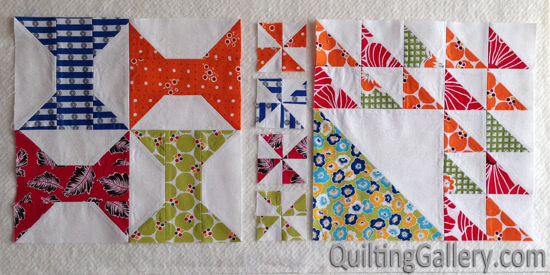