Warning – a massive number of photos included with this post, and only one quilting-related one.

Last summer, the construction workers started jack-hammering for the Tribeca Condo complex being built in the block behind the building I live in. You can see the big hole in the ground on the right of this picture. I actually took this photo of the eerie storm clouds rolling in over the Ottawa River and Quebec one night a few weeks ago. 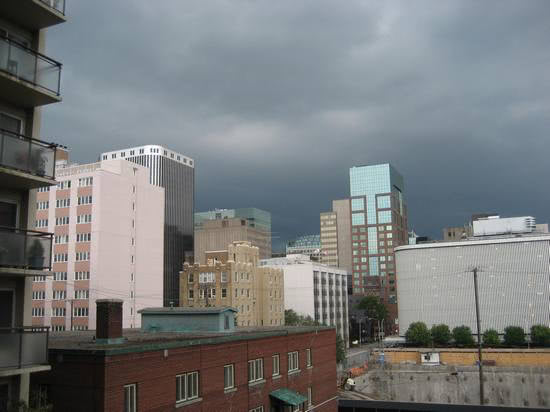 Last summer was very noisy and filthy with the dust generated from the project. I had planned to move this past Spring, but then Daniel got sick and passed away, so I put the move on hold. More pictures of the big construction are further below.

Little did I know what would begin right out my back window.

It started in April, with some exploratory drilling into through the parking lot out back and into the underground garage. I thought the construction was bad last year, this new construction was 10 times worse. 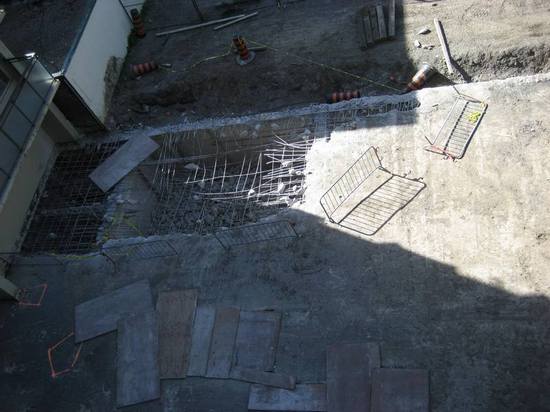 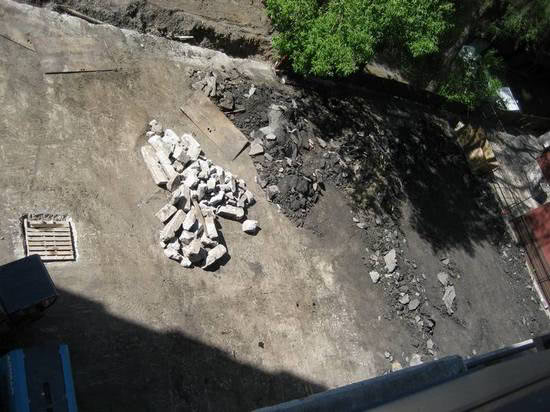 One of the evil concrete drilling machines and three power generators for the hand-held jack hammers. 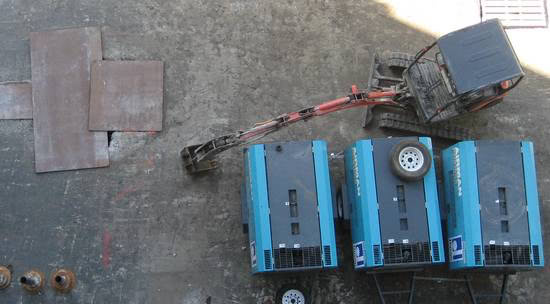 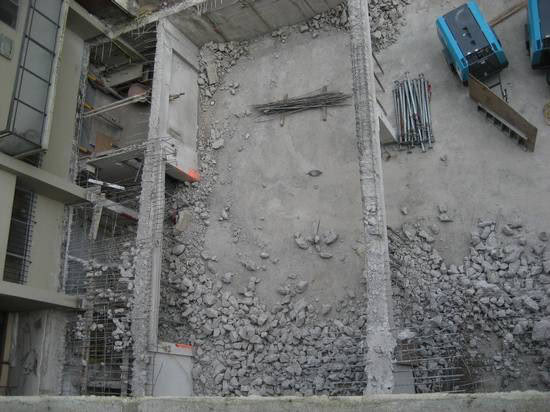 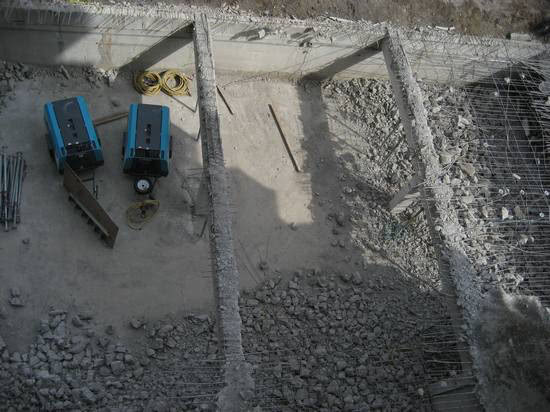 They brought in a second concrete drilling machine, here they are conspiring to make life miserable for us that live/work here. This concrete drilling went on for three weeks. I work from home, and after the second week, was sure I’d lose my marbles, or be arrested for having killed the construction workers. I took off to a bed and breakfast about an hour out of town for the third week. 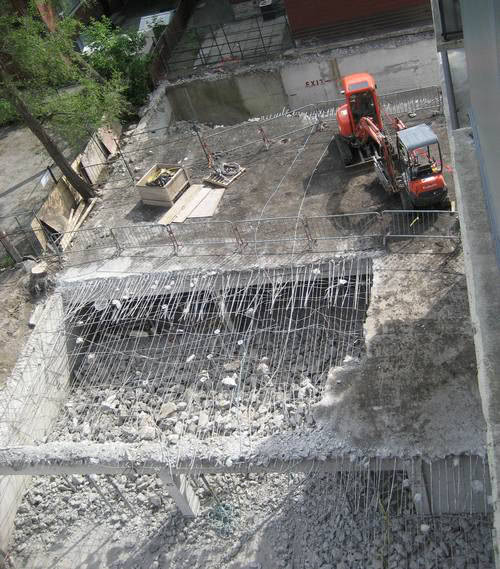 Soon, I’ll be able to re-hang the 8 pictures that fell off the wall, due to the concrete drillers. 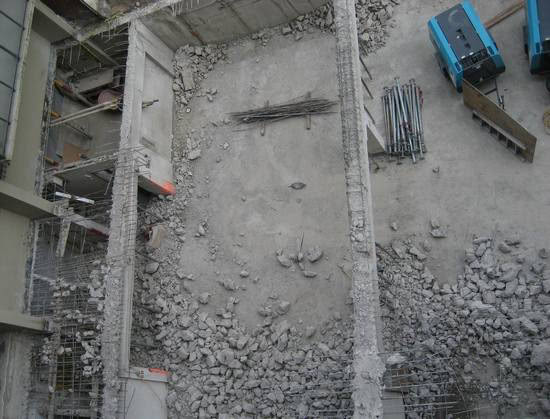 All that drilling generates a tremendous amount of dust. I don’t think I’ll ever get my apartment totally cleaned again. So much for having done my Spring cleaning in March, I’ll be doing it again soon. 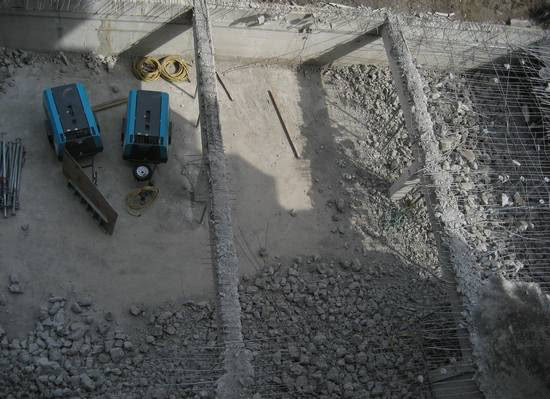 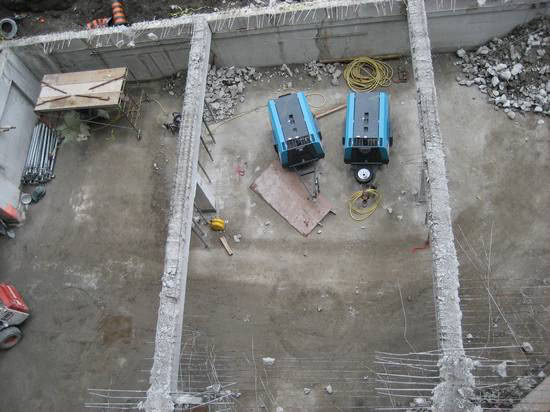 Metal rods have been installed everywhere to hold up the concrete pillars that have remained. 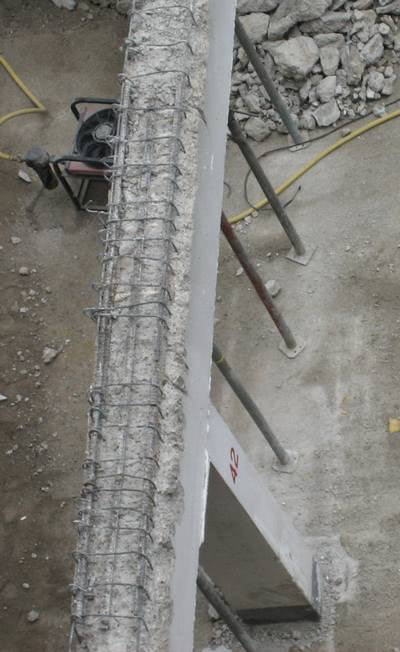 Starting to build the base for the new roof. It’s been interesting to see how they build this. 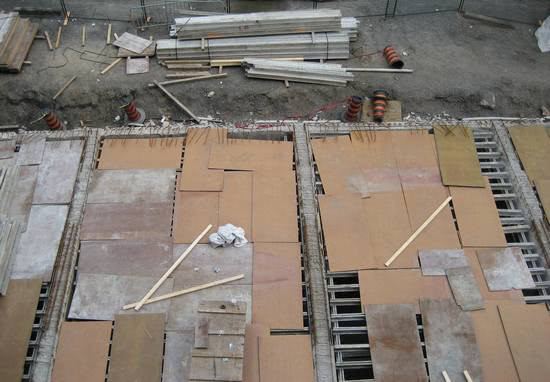 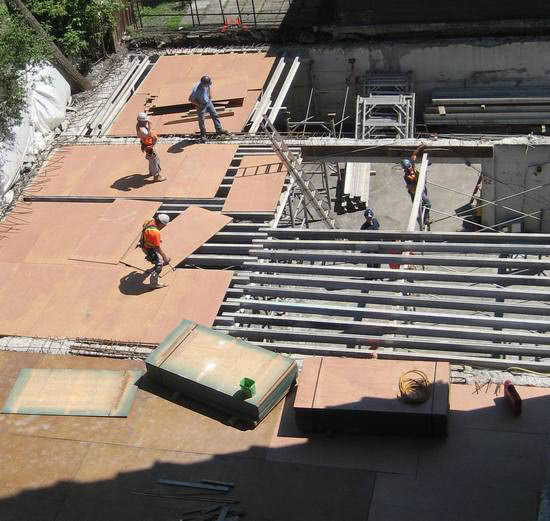 Every piece cut and fit perfectly, just like a quilt top. 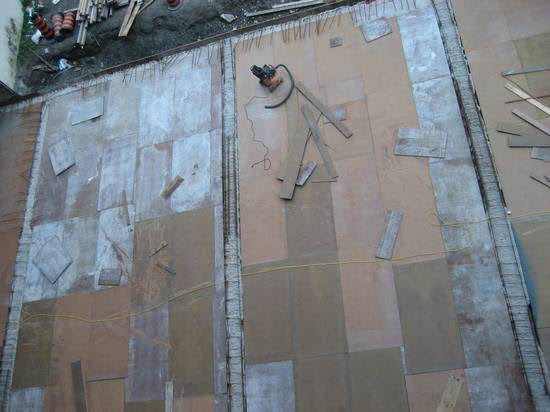 Uh oh, look what fell off the balcony, wanting to be immortalized forever in the cement. Thankfully, the kind construction worker rescued my Aurifil thread for me. It was slightly dirty, but not damaged at all. Aurifil can now proudly proclaim their thread spools will survive having been dropped 5 stories. (Actually, it rolled off my table, it wasn’t intentionally dropped! Though the construction workers wanted to know why I threw a dog toy over my balcony… LOL) 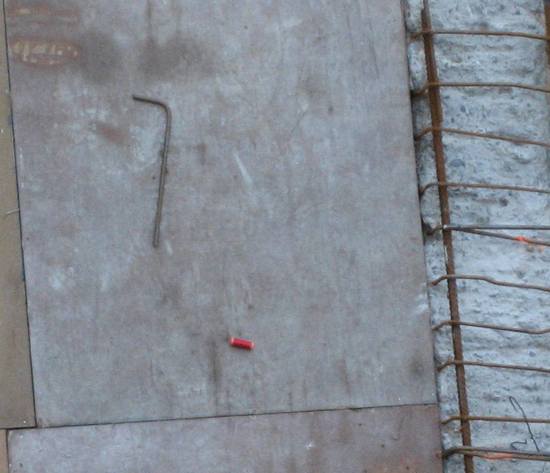 The metal bars are in place, electrical wires run and the rest of the foundation is being reinforced. 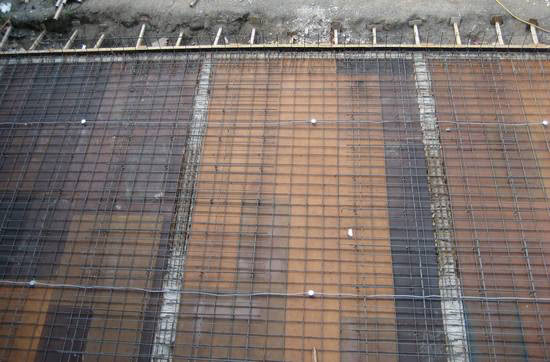 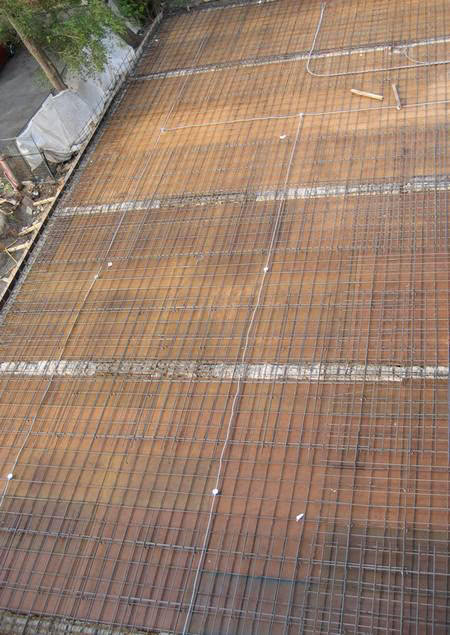 Concrete pouring is said to start late this week. Hope I’m home so I can get some pictures of how it is done. Maybe I can sneak in and add my hand print!

With all the noise and dirt, I needed some colour and life on my balcony. Here are the flowers I planted this year. I kept it simple in the hopes that I’d actually remember to water them and they might even survive. Sadly, they aren’t doing too well, I don’t think they like the construction either. 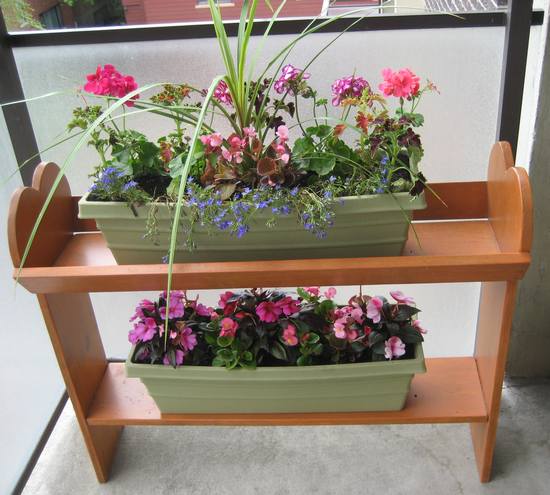 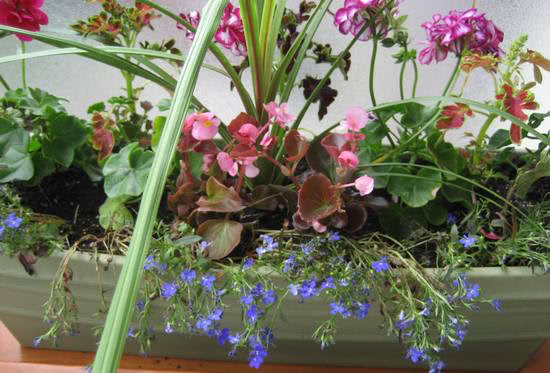 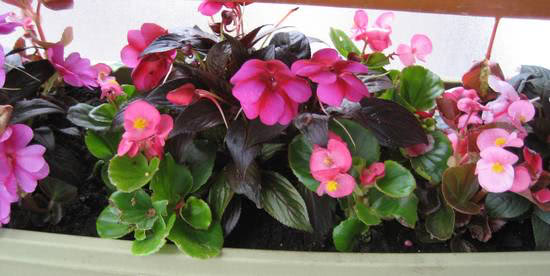 With all the noise, the rats with wings haven’t been around as much as normal this year. They usually come by on long weekends or Sundays. 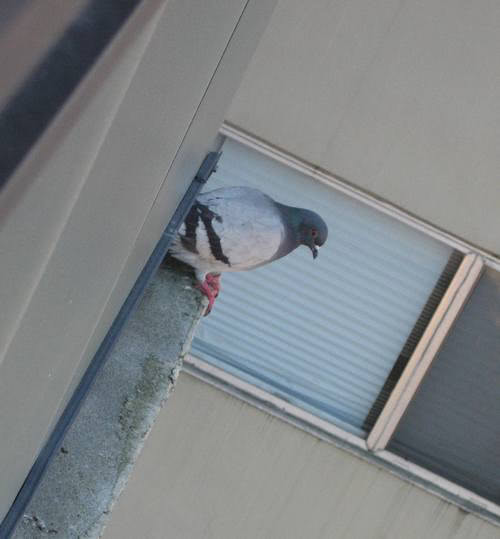 They wanted to make a home in my metal watering can, but I fixed that idea by putting a couple bamboo sticks and garden thingies in there. They are none to happy about my solution! 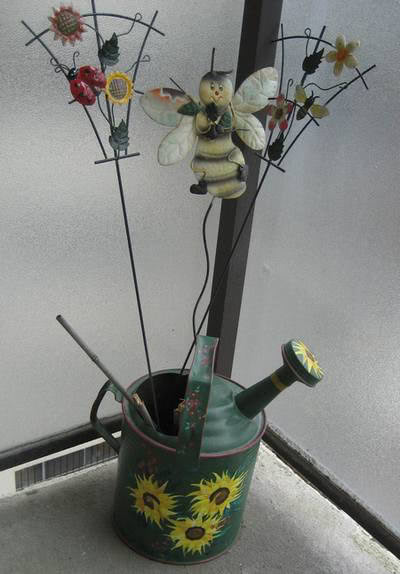 A few more photos of the Tribeca Condo complex out back. I doubt I’ll stay here long enough to see it to completion. Rumour has it that it will be a four year construction project. They are supposedly also building 6 stories of much-needed underground parking. 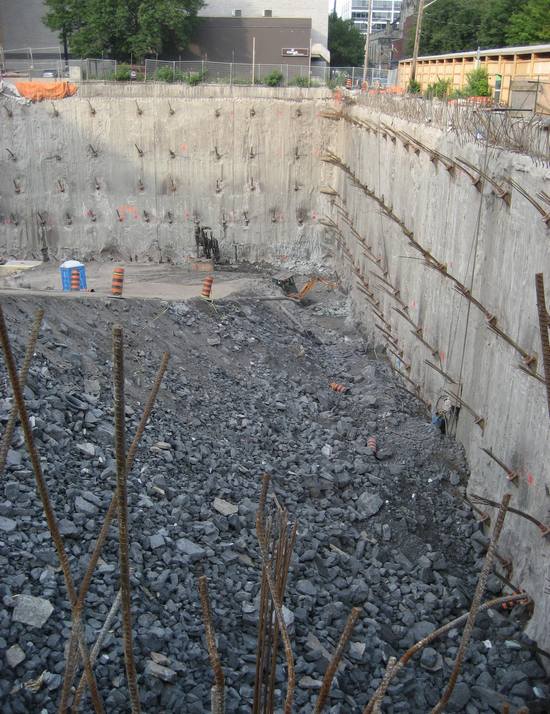 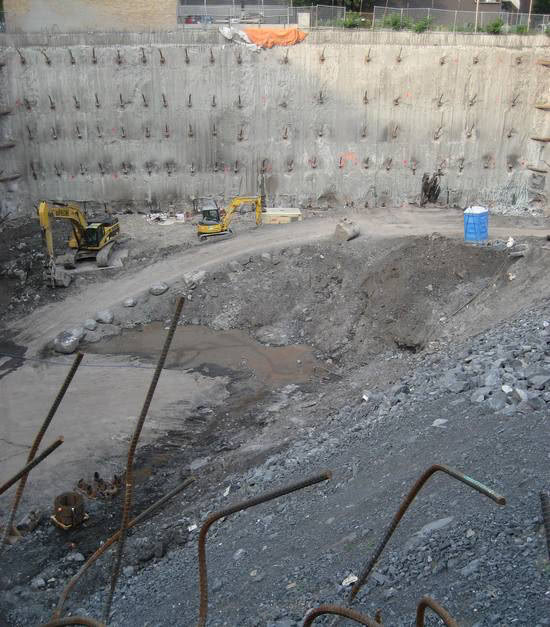 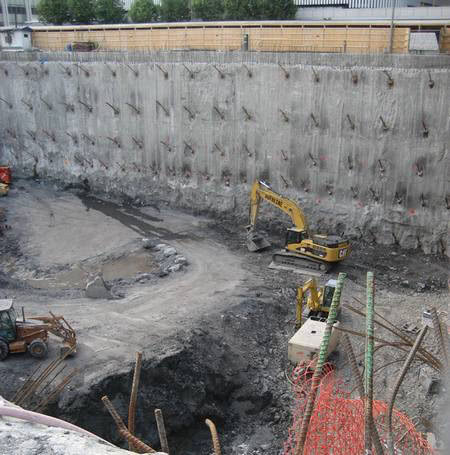 I long for the peace and quiet of the weekends!!

The Noise Makers in my Neighbourhood
Tagged on: Ottawa

3 thoughts on “The Noise Makers in my Neighbourhood”