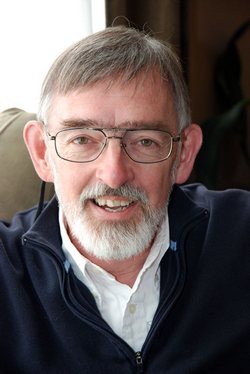 My wife tells me that it takes an elephant two years to give birth and that it takes me longer. I may have been slow, but I got there. I gave birth to a book. It’s called Designing Quilts is Easy! and it’s available from C&T Publishing.

Every game has rules. I hadn’t consciously created rules for the Ninepatch Pinwheel quilt game but it had rules nevertheless. So I asked myself what they were and was surprised to find out how few rules there were and how simple they were. It occurred to me that if I wrote the rules down, other quilters could play the game too.

If you’ve ever tried playing a new game, you know there’s more to it than learning the rules. It’s a lot easier if someone shows you how to play first. I decided to include an explanation of how the Ninepatch Pinwheel design game is played, with lots of step-by-step examples.

As you know, one thing leads to another. Designing a quilt isn’t just about drawing pretty pictures, you have to plan how to sew the quilt too. Which is why I added some thoughts on sewing.

This was starting to look like a book. Well, why not make it a book? To do that I added more pages with illustrations, patterns and thoughts on changing the rules to make new games.

When I say it fast like that, it sounds like it took me no time at all. Don’t you believe it! It was a lot of work. But I enjoyed it.

It would be wasted work unless I could find a publisher. I discovered publishers don’t want unsolicited manuscripts, they want a letter explaining the book you propose to write. So I began sending out book proposals letters. I expected to get rejection letters back, every author does, and I did too. That was the proof that I was indeed an author.

Sending out book proposals is slow work. You send one out and then you wait. Eventually the publisher sends back a rejection and you look for another publisher to send a letter to. It leaves you time to think.

While I was thinking I realized two things. First, that excellent though my book was, I hadn’t written a very good book proposal letter. Second, that I wanted to rewrite my book.

Design, not just quilt design but all design, begins with three simple questions: “What if..?” “Do I like it?” and Why?” I wanted to explain how to use these questions to design quilts. That would be the new focus of my book.

First, I created a detailed outline of my new and improved book. I could reuse some of what I had written but I would have to write a lot that was new. I needed to be organized.

Second, I wrote a new book proposal. This took some time. My original proposal was a little over two pages. My new one turned out to be 17 pages and included large sections of my revised book.

Before I started writing this time, I looked for a publisher. I decided to start with the one I most wanted to publish my book. That was C&T Publishing. In March 2008 I sent them my proposal, all 17 pages of it.

They said yes and we signed the contract in May.

Every time I met a deadline, I looked up and a new one was staring me in the face. All of them leading up to the big deadline, April 2010, the release date of the book. The month my book was born.

Giving birth is exhausting and painful, yet at the same time exhilarating. I expect there are a lot of women out there thinking I don’t know the half of it. They’re probably right. But I’m content with the half I do know.

How I Gave Birth to a Book

2 thoughts on “How I Gave Birth to a Book”